Free solar true, or too good to be believed? 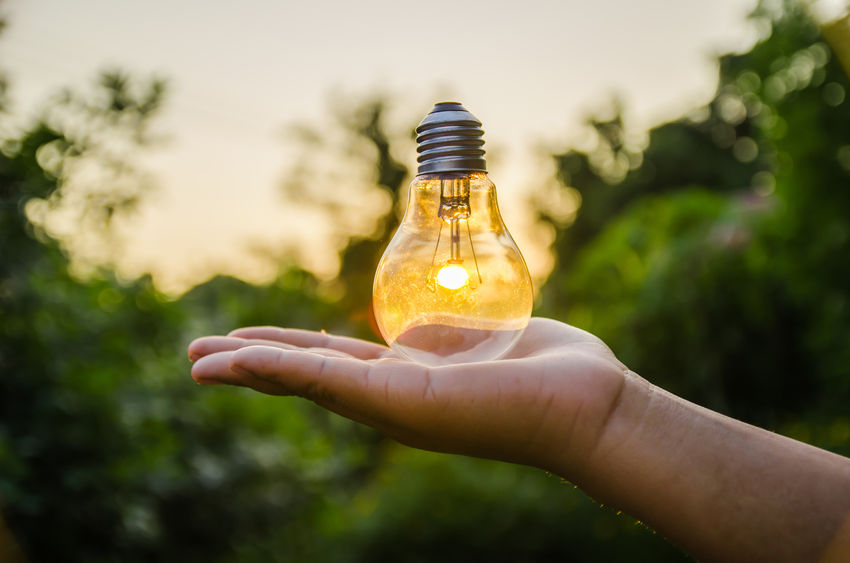 Free solar true, or too good to be believed?

In the past few years, I listened to four solar sales pitches for my own household.  One of the things that stopped me from buying was that “free” solar sounded too good to be true.

Even after explaining solar financing to other people, it took a while to figure out why the savings were so easy to obtain and why free solar wasn’t too good to be true.

The key to the mystery came in March, in the form of an odd letter from MCE.  More on that, later. 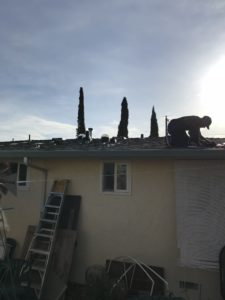 Before that, in February 2018, the prospect of higher interest rates and tariffs on panels and components pushed me off the fence.  I became a customer, myself, though my installation was still awaiting permits.

That the utility would be raising rates in 2018 (there were six raises in 2016) was already a given.  And that was before the wildfires caused the State to push recovery costs onto utility ratepayers.

Like candidates for public office, some solar sales people throw around promises, offering “free electricity.”  Perhaps to lend a bit of credibility, they add “paid for by PG&E” or by “the government.”  Their language can be misleading, but there’s some truth there, too.

Most of us buy electricity every month.  If we don’t buy it from the Utility and use those savings to produce our own with solar, is it true our electricity is free?  In effect, picking the Utility’s pocket to make your monthly solar payment?

When a solar loan is paid off, the electricity continues to flow–it certainly seems to be free.

So it was that in March, while awaiting permits and installation of my solar, I received a “legal notice” (it looked like junk mail) announcing a change in electricity generator.

Parts of Contra Costa County, California, certain municipalities, including Martinez, Pleasant Hill, Pacheco, Pittsburg, and in the unincorporated county areas, selected a new generator of electricity as the default provider, effective with the April billing cycle.

The sales pitch for the new power agency shed some light on an economic question, “Where do solar savings come from?” and the possibility that it is sometimes true you can get free solar.  As a result of separating the generation portion of the bill from the portion for distribution and delivery, we can now see where the money goes.

MCE (formerly, “Marin Clean Energy”) is what the State of California calls a “community choice aggregator” (or “CCA”).  An agency permitted under state law, these purport to be for the purpose of “competition” with the highly regulated local power monopolies in California.

MCE buys electricity from “green” sources and feeds it into the grid.  PG&E does the same, although it also owns some of its sources of production.  PG&E still operates the local grid, itself, and all the related services (e.g., billing, maintenance of lines, substations).

As MCE was being rolled out, it was claimed that “about 40%” of local electric bills from PG&E represents the actual cost of electricity generation, while the other 60% represents “distribution” and “delivery.”

This claim, the percentages, and the terms defined, are the responsibility of the California Public Utilities Commission, so they’re official, at least!  Their calculations are based on assumptions through a political process, so don’t assume the ratio is the same for you.

If their calculations are approximately correct, however, less than half of your electric bill is paying for the actual generation of electricity.

As one of my solar co-workers, Javier Hernandez, put it, “This is like ordering electricity online for $40, and paying $60 for shipping and handling.”

(And lobbyists and lawyers.)  Hummm… seems like we could do better.

Real Estate is the Problem and the Solution

Have you visited one of the two Dutch-style windmills in Golden Gate Park?  You can only imagine the cost of enough land for a wind farm to supply San Francisco, in San Francisco.  A solar farm, too, would have to account for the fog.

Naturally, the utility companies put these “farms” where the land is windier, sunnier, and cheaper.  You see them out in the boondocks, deserts, and places where there are few people. (Ditto nuclear power plants, hydroelectric dams, and power stations.)

Then, they “distribute and deliver” the power back to populated areas.  It’s no wonder that this could account for 60% of the cost.

No criticism of consumers–their job is to demand better and cheaper–but most of them fight global warming by using the A/C.  Choosing to pay higher prices for “green” energy from far away, is not common.

True, You Get Your Solar For Less, if You  Use Your Real Estate for Free

So, distribution and delivery are 60% of the bill, and solar farms are distant, and generation takes lots of expensive real estate.  It’s no wonder that most utility power still comes from the traditional sources, such as nuclear, natural gas, coal, or hydroelectric!

Suppose your household has solar panels on your roof; how far do you have to deliver the output?  A few feet?  If a short length of conduit gets power to your home’s main electrical panel from the roof, how much of that 60% can you save?  How many miles of utility lines are you not using?

And don’t forget the land.  When homeowners already own the roof, and have room for the panels so they can generate their own electricity, it reduces the generation cost, too.

If it was cheaper for the Utility to go green, they would already have done it.

Going “green” and decommissioning nuclear plants and other sources, is one of the things making rates go up.

In California, many homeowners can install solar on their own property, for their own use.  Because they have real estate they already own, they can often beat the Utility’s cost.  Enough to partially, often fully, offset the cost of equipment and installation.

They also benefit their neighbors and the Utility, sending their extra daily production into the grid to supply them.

Everyone benefits if the Utility doesn’t have to buy dirty or expensive power during those peak times of day when the sun is shining.

Many people don’t want to pay cash up front for a 40 or 50-year (or more) supply of electricity.  This is what they do, in effect, by paying cash for a system.  They’re used to paying to get electricity on a monthly basis.

So, let’s look at how to do that with a solar loan.

If you were a lender, would you rather lend against a vehicle on wheels?  Or, against solar equipment on the borrower’s roof?

With interest rates at historical lows, many lenders specialize in solar financing.   They like it because it’s low-risk, since most people pay their electric bills.  But, if they don’t, lenders know where the equipment is!

They love it enough to offer easy credit and no down payment.  Most systems installed, today, don’t even require a deposit.

You simply pay off your debt to the Utility for last month’s electricity, and make your first solar payment after that.

If you pay income taxes, you may eligible for a federal income-tax credit for purchasing solar.  The credit is up to 30% of the system cost, for systems placed into service (turned on) before December 31, 2019.

Many buyers apply the solar tax credit to their system purchase, and finance the rest.  (Others apply it to paying off a higher rate credit card, instead.)  Many households obtain a monthly solar principal and interest payment that is lower than the one(s) it replaces from the Utility (at least here, in California’s PG&E territory).

Solar loan terms range from 10 to 20 years, after which you have fully amortized the loan, and have no more solar loan payment.  Without a prepayment penalty.

Roll the cost into a 30-year mortgage, and it’s even less per month.

Most equipment warranties last at least 20 years, and systems will probably operate much longer, resulting in many years of low-cost or free electricity. 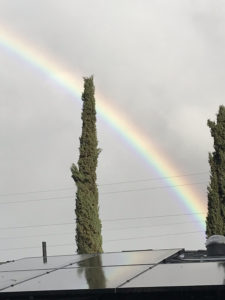 When you decide to buy your power from a third-party solar electric provider, they put their equipment on your roof.  You get the benefit of lower-cost electricity when they share the savings on real estate, distribution, and delivery, with you.

This increases the possibility that the promise of free solar will become true in the future, even if it isn’t at first.

A skilled analysis of your situation, taking into account your tax situation, credit, interest rates, roof, geographical characteristics (weather, sunshine, shade), utility rates, and your goals, can help you determine whether solar works for you…But it’s not hard to beat the utility’s deal (at least in California).

If you are paying less than before, you could truly say you’re getting some of your solar electricity for free.  If you do that until your solar loan is paid off, then it’s true your electricity produced after that continues to be free. 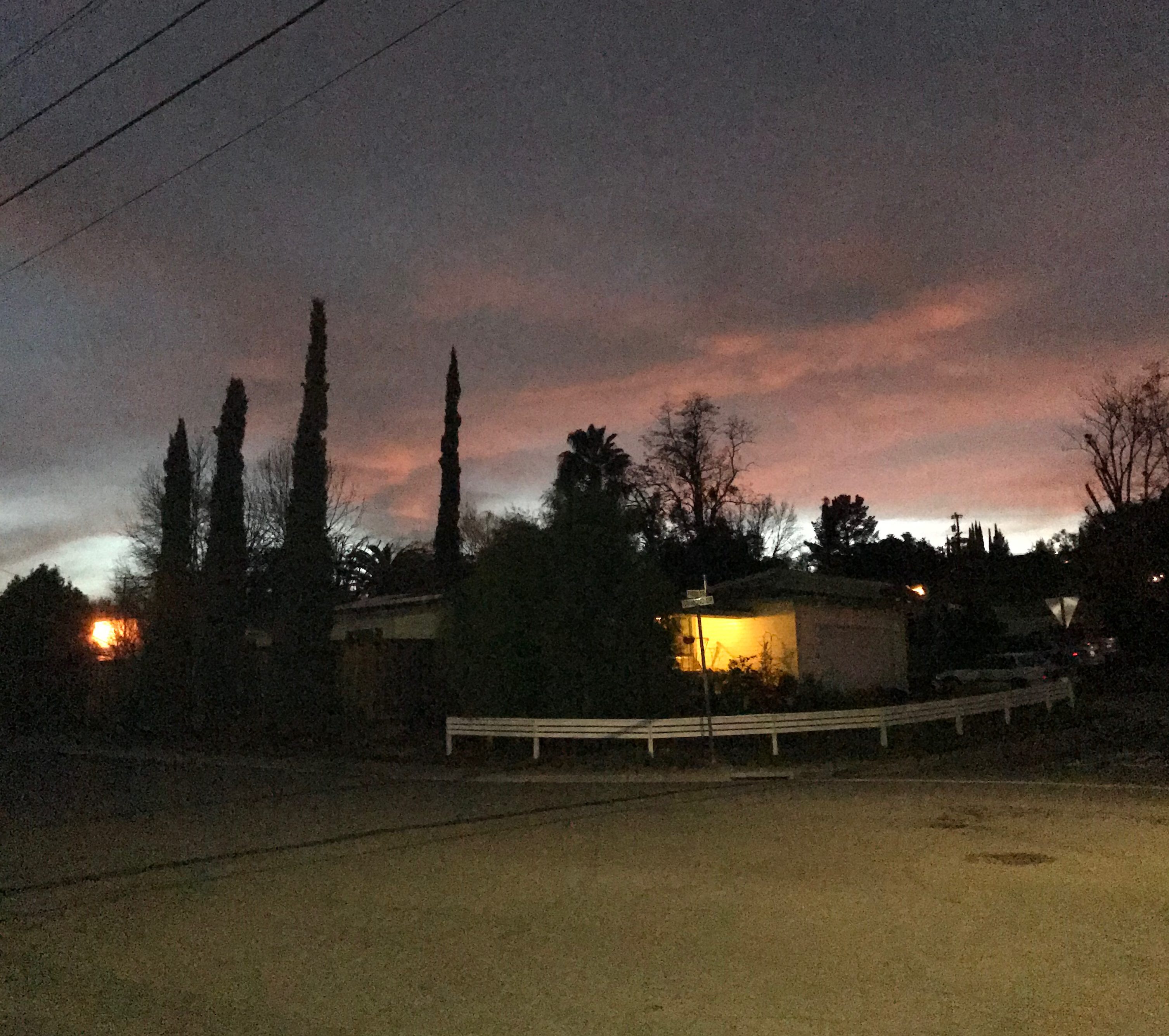