“How Many Solar Panels?” 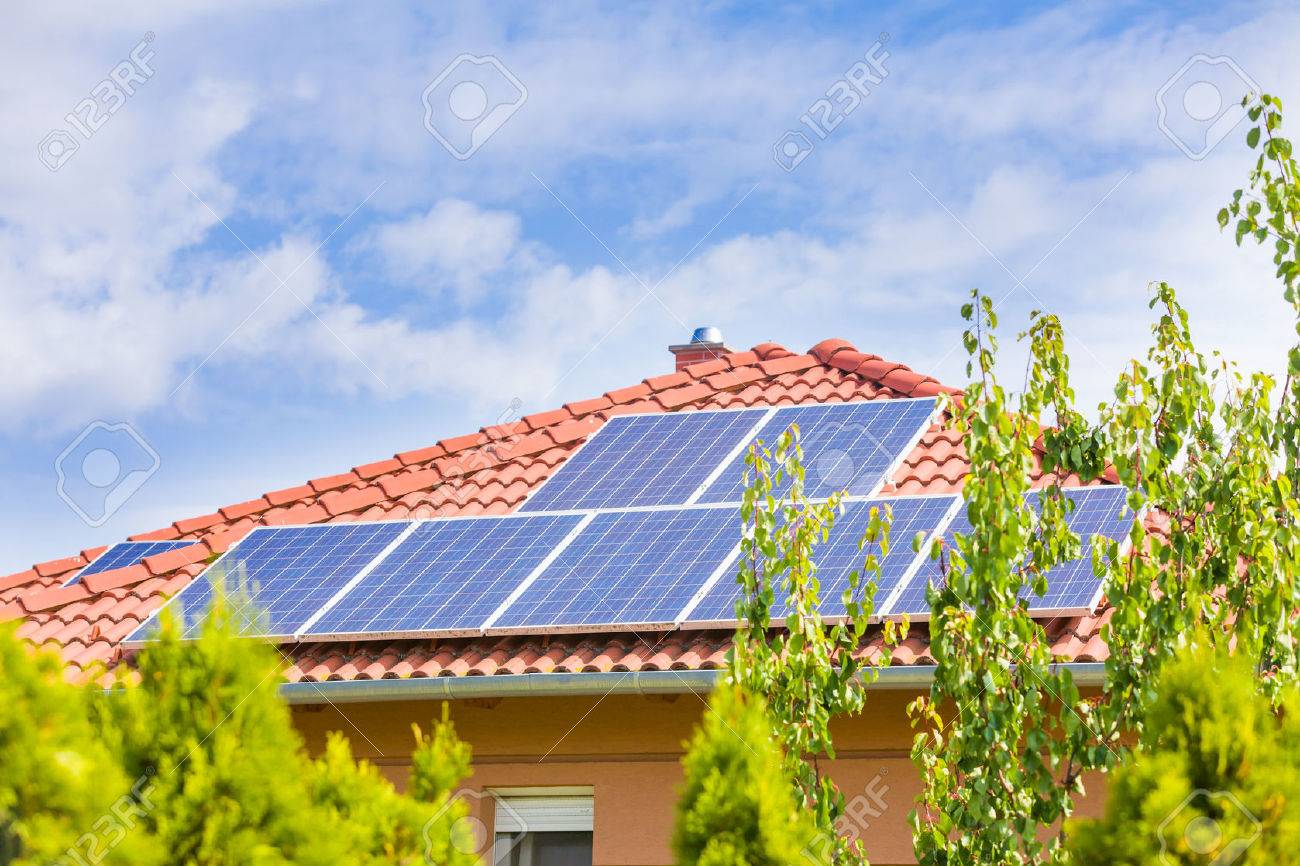 “How Many Solar Panels?”

There are many reasons why counting solar modules/panels doesn’t work very well as a tool for comparing one residential solar-electric system to another.  Whether evaluating an existing system or a proposed new one, the primary consideration is its electric production in kWhs.  How many solar modules are there is practically irrelevant.

Solar panels are not mainly a lifestyle purchase, like a patio or a hot tub, which aren’t expected to pay for themselves.  Most people buying solar also want to beat the Utility’s price for electricity.  So, chances are good that saving money on electricity mattered to the original owner of an existing system, and he is probably saving.  But it’s not a certainty.

Regardless of the number of panels, if the system does not accomplish one of these objectives for the homeowner, it may have less value.

The real question for most solar home buyers is, “How much will solar lower my cost of electricity?”

As I used to remind people worried about making a mistake buying a computer, “It’s like a toaster.  If you buy it to make toast, as long as it makes toast, it has the value you paid for.”

Calculating the value is a task for consumers (and appraisers) based on how much bread they want to toast before having to buy from the Utility.  This is not possible to determine by simply counting the number of solar panels.

And, as time passes, real estate agents, appraisers, and home buyers are increasingly faced with comparing a system, not with the cost from the Utility, but with the cost of another home with solar.

There is no standard size module/panel, so some are bigger than others (the bigger ones may may produce more electricity, or less).  Standing on the driveway, looking up, we can’t tell the electrical output of a module.

Tip for Listing Agents:  panels can be placed on multiple roof surfaces and may not all be visible from your vantage point.  Check a satellite photo.

2. Premiums and taxes may skew values

Solar technology is always changing and improving, and over time, panel outputs have climbed.  This means the value (e.g., savings compared to the Utility) of newer-model panels, based on electricity produced, tends to be higher than the same number of older models.

However, newer model panels can also be more expensive due to a recently imposed tariff, and not because they produce more.  Further, since new models are continually being offered beside older ones, the date of installation doesn’t tell you how old the technology is.

Buying last year’s model is often more financially advantageous to the original purchaser in terms of electricity cost.  Which one is better for a subsequent home buyer, on the other hand, requires a new calculation based on the buyer’s needs and the price.

If a payment is involved, interest rate makes a difference, whether you pay it, or a third-party provider does.  The number of panels by itself can’t tell you if there’s a payment, or how a system compares to other options for buying electricity.

When a solar loan has been amortized, there will be no additional payment for the electricity produced.

If the system is owned by a third party, the value to a home buyer may be affected.  (However, sellers offering to transfer solar leases and PPA’s can expect more interest from buyers for the house, even though they don’t own the system.)  This may well be more important than the number of panels.

Panel ratings are one thing, inverters are another:  while some manufacturers brag about their solar panel outputs, there may be inverters or other system components that lose some of that efficiency, and vice-versa.  What matters is the output of the combined system.

Panels on a rooftop, facing south (in the Northern Hemisphere), will produce more power than the same age, number, and brand of panels on either the east or west, and especially north.

When the Utility bills its customers based on “Time of Use” (“TOU”), solar panels facing the Sun, during the peak time of day, could produce more dollar value than panels facing the Sun, off-peak.  This is true, even if they produce exactly the same amount of power.  (Not all utility companies bill using TOU:  PG&E TOU info.)

Professionals evaluate the angle of the roof’s incline; a panel lying flat is less productive than one that is perpendicular to the Sun’s rays.

“Sun hours” is a way to think about how much sunshine the system will get.  Solar professionals adjust for local weather, seasons, and geographical features and location.   (E.g., California’s San Francisco and Richmond have more fog than Antioch or Concord.)

Shade can also come from chimneys, trees, the house next door, or from a nearby hillside that delays sunrise or hastens sunset, daily, or casts shade, seasonally.

The fewer sun hours, the more panels it takes to produce the same electricity as another installation somewhere (even next door) with more sun hours.

Solar panels depreciate with age (from date of install), losing some production over time.

However, it is not unusual to find the system becoming more valuable with age, in terms of monthly electric cost savings, even though the output declines slightly, and the remaining useful life may be diminished.  Solar can help fight the effects of inflation and taxes on energy costs.

A clean panel produces more than a dirty one.  Dirt, pollen, tree sap, bird-droppings, smoke, and nearby freeway traffic: they reduce output.  Many solar designers simply over-size the system for an assumed reduction in efficiency–it will get cleaned when it rains.

Even if the panels were treated to be “self-cleaning,” conditions vary.

You can’t tell by looking at the condition of panels what the value is, anyway.  With utility rates going up (especially in California where electric utility rates are high and climb often), the dollar amount being saved by generating one’s own electricity goes up with them.

If you were comparing two homes with solar located in different territories, they might have different rate schedules.  Two homes next door to each other may also be using different discounts.  These may or may not be available to the home buyer.

Merely counting the panels would not tell you which one will produce a bigger savings, or the most power for the next occupants.

The length of the remaining warranty is a concept most consumers understand.  Buyers of a solar home may value the remaining warranties on the panels or other components to the system, or on the installation and labor.  (They may also fail to value other, more important factors, because they don’t understand them.)

However, if the buyer is only planning to own for five to ten years, they may not care whether the warranty runs out in 12 or 15.  Besides, most systems can last well beyond the warranty period.

The warranty may affect the value more than the number of panels.

In PG&E territory, electricity is billed (or will be, soon) based on TOU.  The idea is that at peak times, when there is peak demand for electricity, a higher rate will cause people to shift non-essential electric use (laundry, A/C, etc.) to off-peak times.  This saves the Utility from having to meet that demand with (last-resort) “dirty” or more expensive power.

Solar homeowners use batteries at home to store electricity generated, off-peak, until they discharge it into the grid, on-peak.  These homeowners earn more electricity credit, in dollars, and get back more kilowatt-hours of power than they put in.

You can’t tell if the home has battery-storage, by counting panels.

Until recently, very, very, few people installed off-grid or back-up power systems (for many reasons), but some people have always wanted them, so they are out there.

If you find one that is big-enough to meet the household’s needs on the shortest, cloudiest day of the year, plus charge enough batteries to last through the longest night of the year–as an off-grid system must–it will have lots and lots of solar panels–way more than the neighbors.

But you can’t tell what a household needs just by looking at the house and solar installation.  And, you still can’t tell if a system has a battery feature by counting panels.

Ultimately, it is the combined system output into the home’s main electrical panel that matters most for having a happy buyer.  It is not the production rating of a single component or the number of panels that determines worth.

That output should meet or exceed the needs of the household, or they will have to purchase more electricity from the Utility.

When you need additional power it will have to come from the Utility–at the rate they charge, whatever it is or becomes.  This is not the worst-case, it’s the most common way to buy electricity.

Good news:  They will be very happy to sell it to you, so there is no problem with supply.  Chances are, you’ve been here before, because, of course, every buyer of a new home faces unknowns about the cost of electricity, whether the house comes with solar or not.

Worst-case is when a buyer does not understand what they’re getting, and is disappointed.   Such deals can fall out of escrow–worst-case for the other parties.

The remaining life-expectancy of the system is also important.  Consider offering or getting a solar maintenance agreement to augment the remaining warranty.